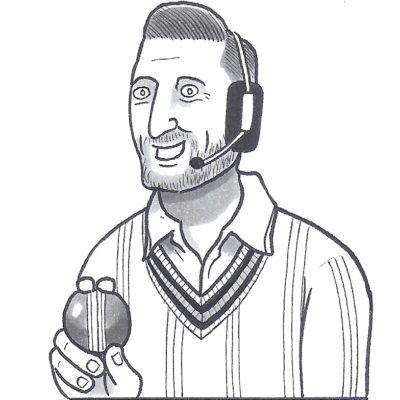 Adam’s career started with a decade advising Australian politicians, including a Prime Minister – when they were voted out, he followed his first love. His writing appears around the cricket world, mostly for The Guardian and as the Australian correspondent for Wisden Cricket Monthly. He commentates on radio and television, the highlight of which was calling the thrilling closing stages of the 2019 World Cup Final. He lives in London with his young family.

“Geoff Lemon and Adam Collins have changed cricket coverage in Australia. Nobody had time to tell them it was a foolish idea.”

Adam has been travelling the world calling the game since 2015, a member of various commentary teams including Sky Cricket and BBC’s Test Match Special in the UK and for SEN Test Cricket in Australia and New Zealand. He has worked on two ICC World Cups, calling the closing stages of the tied 2019 decider at Lord’s. In April 2021, he was named the Christopher Martin-Jenkins Broadcaster of the Year.

The Final Word began when Adam and Geoff Lemon toured together for the Ashes of 2015. After working with the ABC and The Guardian they decided to go out on their own in 2019. With nearly three million downloads since then, it hasn’t looked back, routinely charting as the reaching No.1 on the iTunes cricket podcast charts in Australia, the UK and the USA. As well as the flagship weekly show, The Final Word produces daily shows during major tournaments, sold-out live shows in Australia and England, and a weekend history show. The venerated Wisden Almanack describes The Final Word as “by far the best” cricket podcast in the world.

Since 2018, Adam has hosted Test and one-day international coverage for cricbuzz, the world’s biggest cricket website, alongside Harsha Bhogle. Before then, he performed similar duties for ESPNcricinfo and Yahoo Cricket, including at multiple ICC global events. The Final Word youtube channel has 27,000 subscribers, receiving more than 2.5 million hits since getting serious in 2021. 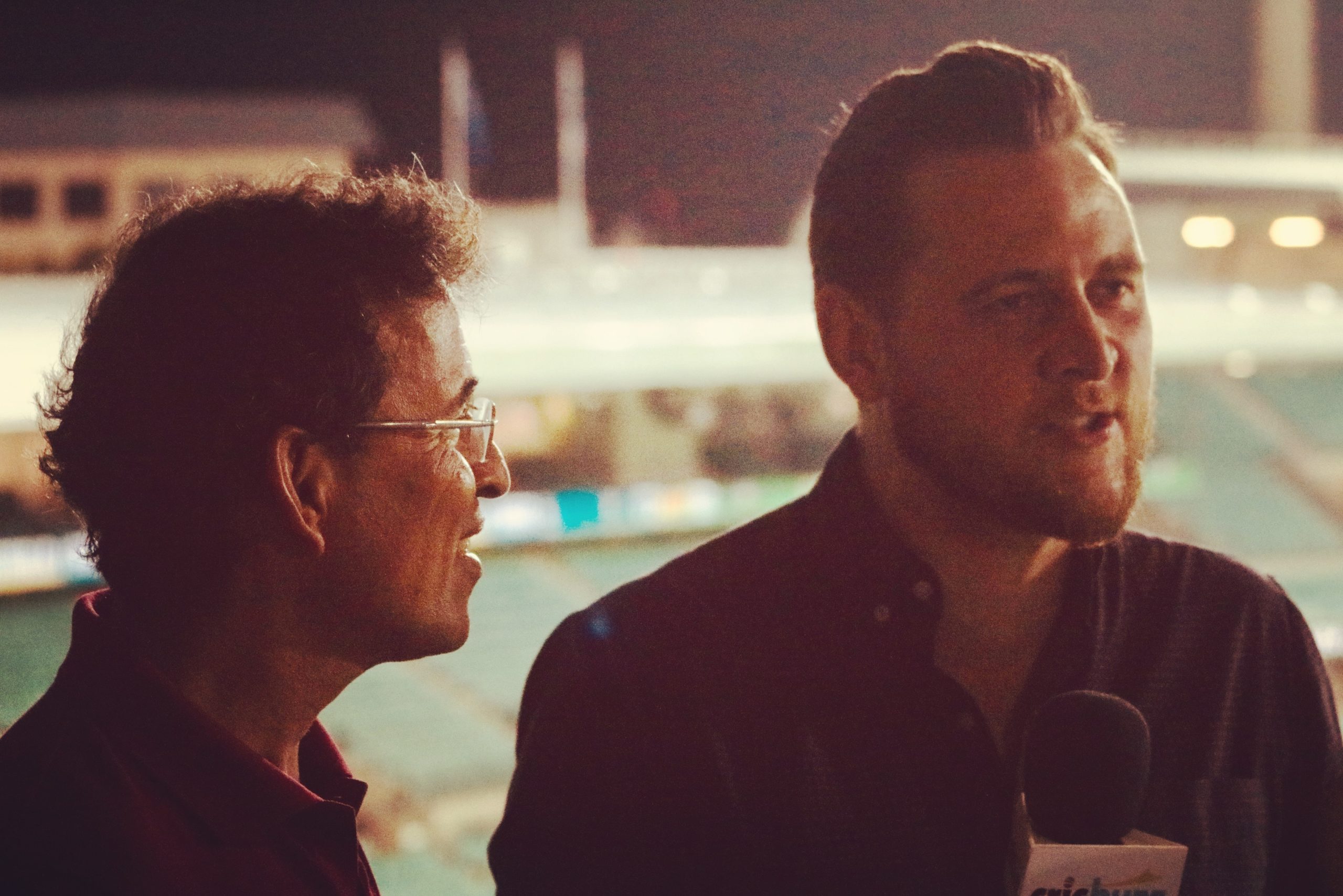 Since 2018, Adam has hosted Test and one-day international coverage for cricbuzz, the world’s biggest cricket website, alongside Harsha Bhogle and Michael Vaughan. Before then, he performed similar duties for ESPNcricinfo and Yahoo Cricket, including at multiple ICC global events. The Final Word youtube channel has 27,000 subscribers, receiving more than 2.5 million hits since getting serious in 2021. 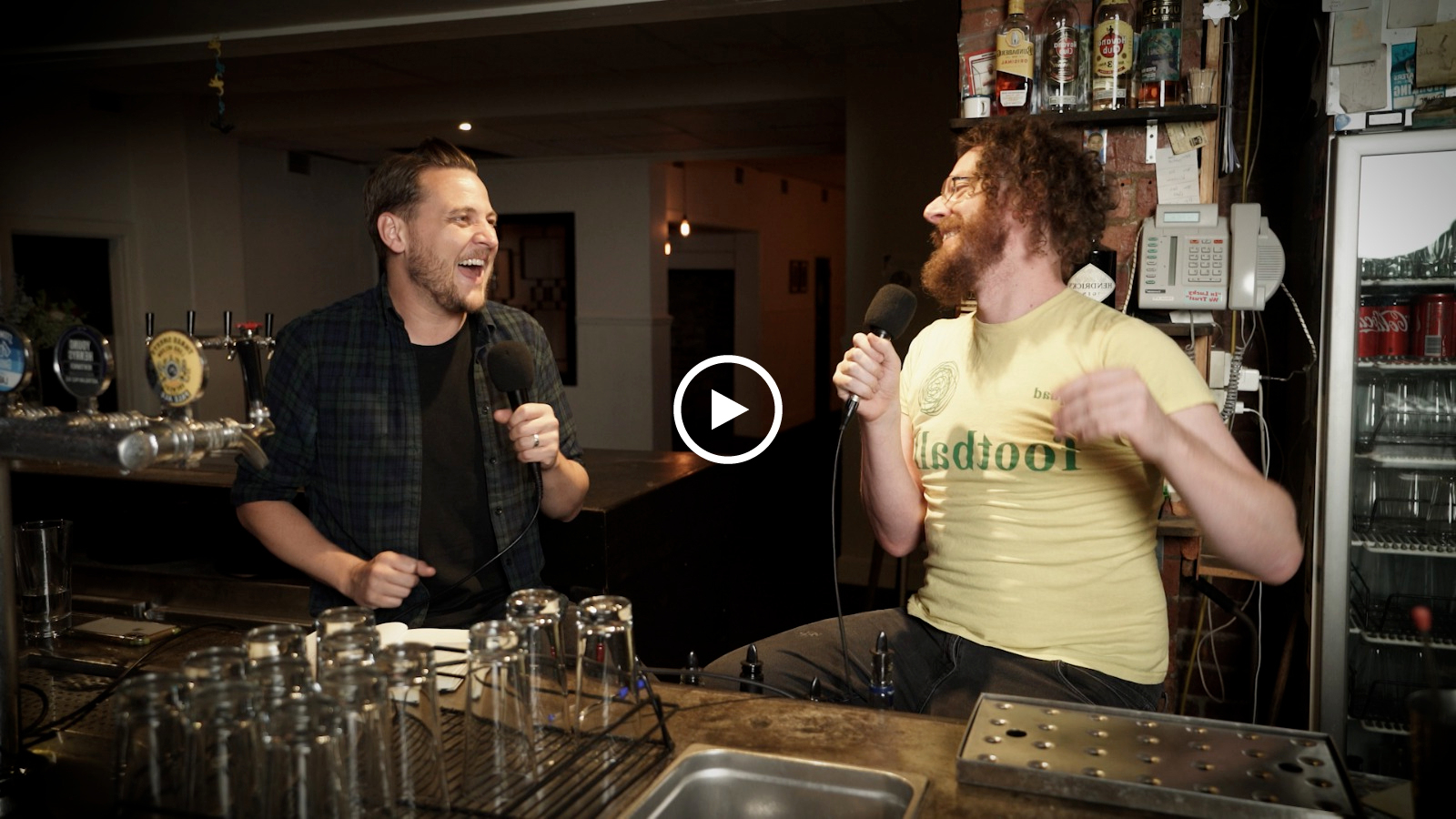 Since the summer of 2013-14, Adam had written for publications around the cricketing world. His words appear more often than not in The Guardian and or Wisden Cricket Monthly magazine – where he’s the Australian correspondent and a columnist. He won the Kennedy Award for Outstanding Sports Reporting in 2017 for an interview in the Sydney Morning Herald with David Warner. Each year, he’s a fixture of the Wisden Cricketers’ Almanack. 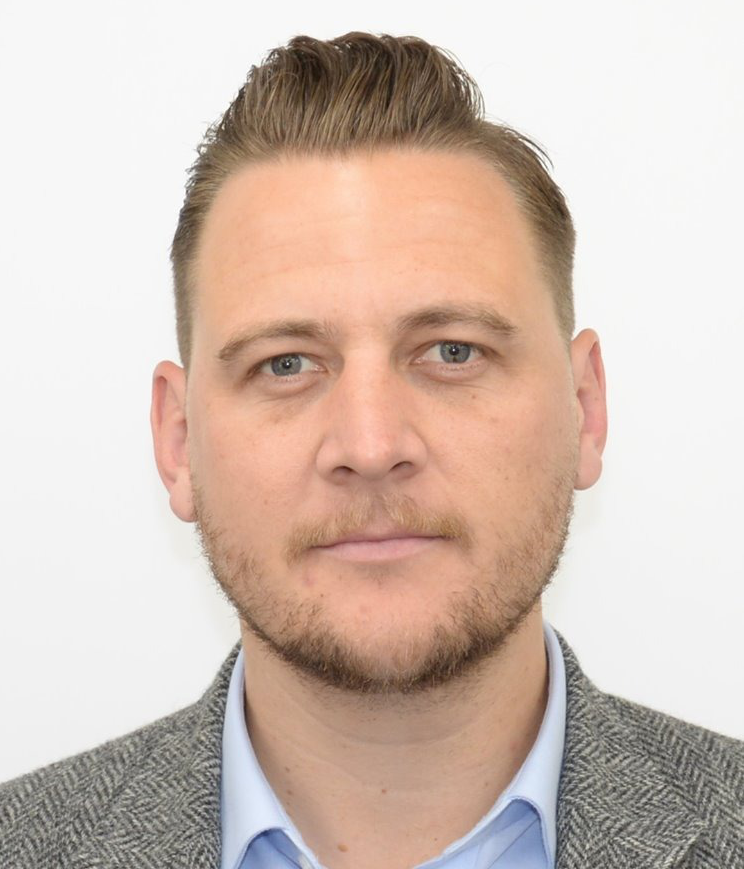 The hottest ticket in town on a cold Saturday arvo - get one of the last going at the gate from midday to be part of yet another Champion Hill sell out. #DHFC 💖💙

We welcome @ConcordRangers to Champion Hill this afternoon.

THERE ARE ONLY 350 TICKETS ON THE DOOR, FIRST COME FIRST SERVE FROM 12PM - YOU PAY FOR ENTRY, SO ONCE YOU'RE IN - YOU'RE IN!

We look at athletes and assume they are all on a mission for success.
Sometimes, there’s more to it than that, as is the case with Steve O’Keefe.
Intriguing outlook, fascinating chat.
@codesportsau

Go on @bricklanebrewco! Two of their beers have made the Hottest 100 with the One Love in at No22. Thanks to Final Word listeners for voting in big numbers.

The final ball of a memorable Test; Jimmy defiant.

Had the great fortune to be on commentary with Ath

If you’re in Adelaide, please do come along to o

Took a lot longer than expected, but finally got t

A bit chuffed with this, @wisden_cricket Monthly p

We took a belated day off for my birthday the othe

The @1116sen commentary team from our brilliant va